In this article, you will learn what a split task is and how to activate and use the Split tasks (beta) feature.

Written by Linda Uldrich
Updated over a week ago

The Split tasks feature is designed to aid teams working on complex projects and assignments with scheduling interruptions or multiple start and end dates.

This tool enables the representation of compound task schemas, adding valuable clarity to your schedule by tracking detailed task dates and removing calendar days from tasks when assignee work is not intended to be done. 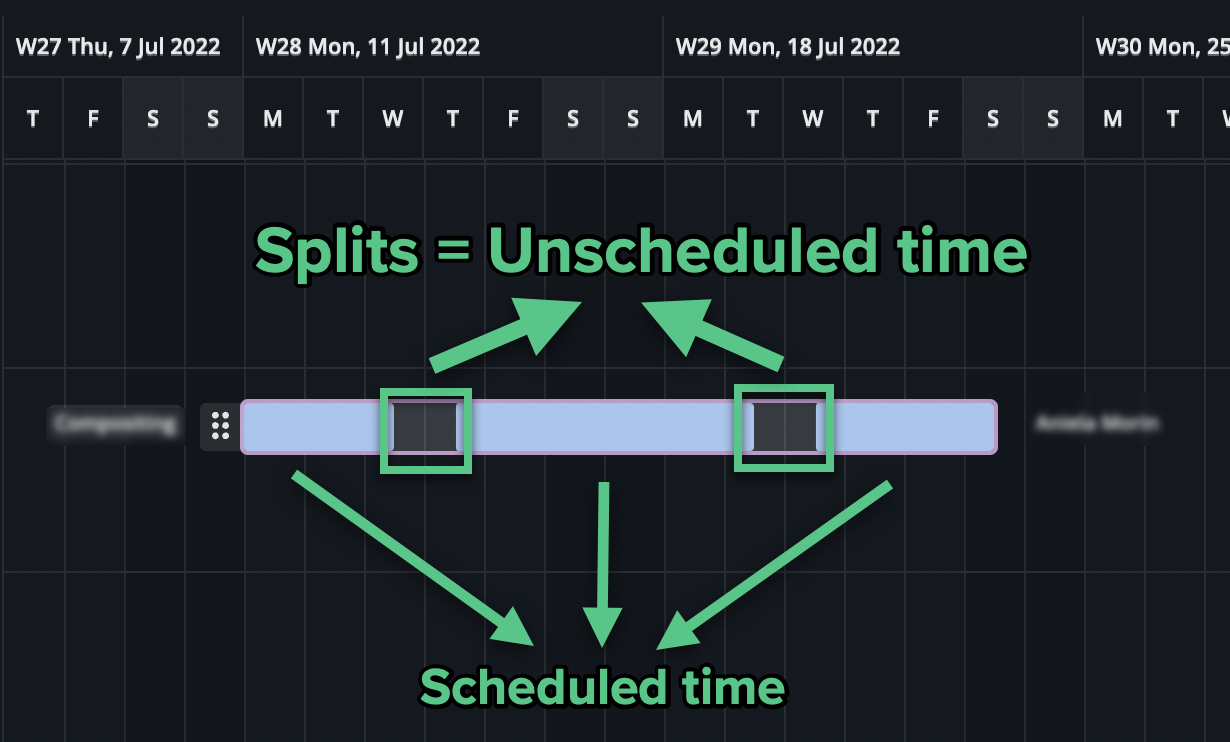 This Split Tasks feature is in BETA. Features in BETA are not guaranteed production ready.

How to use Split tasks

The function of splitting a task is to break a task into two or more portions that can be scheduled independently of one another but still count as one task. This feature can be helpful if an assignee needs to jump between different tasks, projects, and priorities or if they will be away and a break needs to be recorded in the continuity of work.

This saves you from creating multiple tasks for different stages of the same work or inaccurately scheduling one task over ten days to capture the correct start and final due date of the task when only five working days were needed over that time period.

Task assignment remains the same as any other task - you can assign one or more users to a task, but you cannot assign users to a specific portion of a split. All time logged will be recorded towards the task as a single unit.

The beta Split tasks feature can now be activated for all ftrack Studio sites by an Admin or user role with Global permissions access to Manage settings.

While in the testing phase, this tool, like all other experimental features, can be found and enabled from the System Settings > Advanced > Experimental menu by ensuring that the Split task checkbox is toggled on. 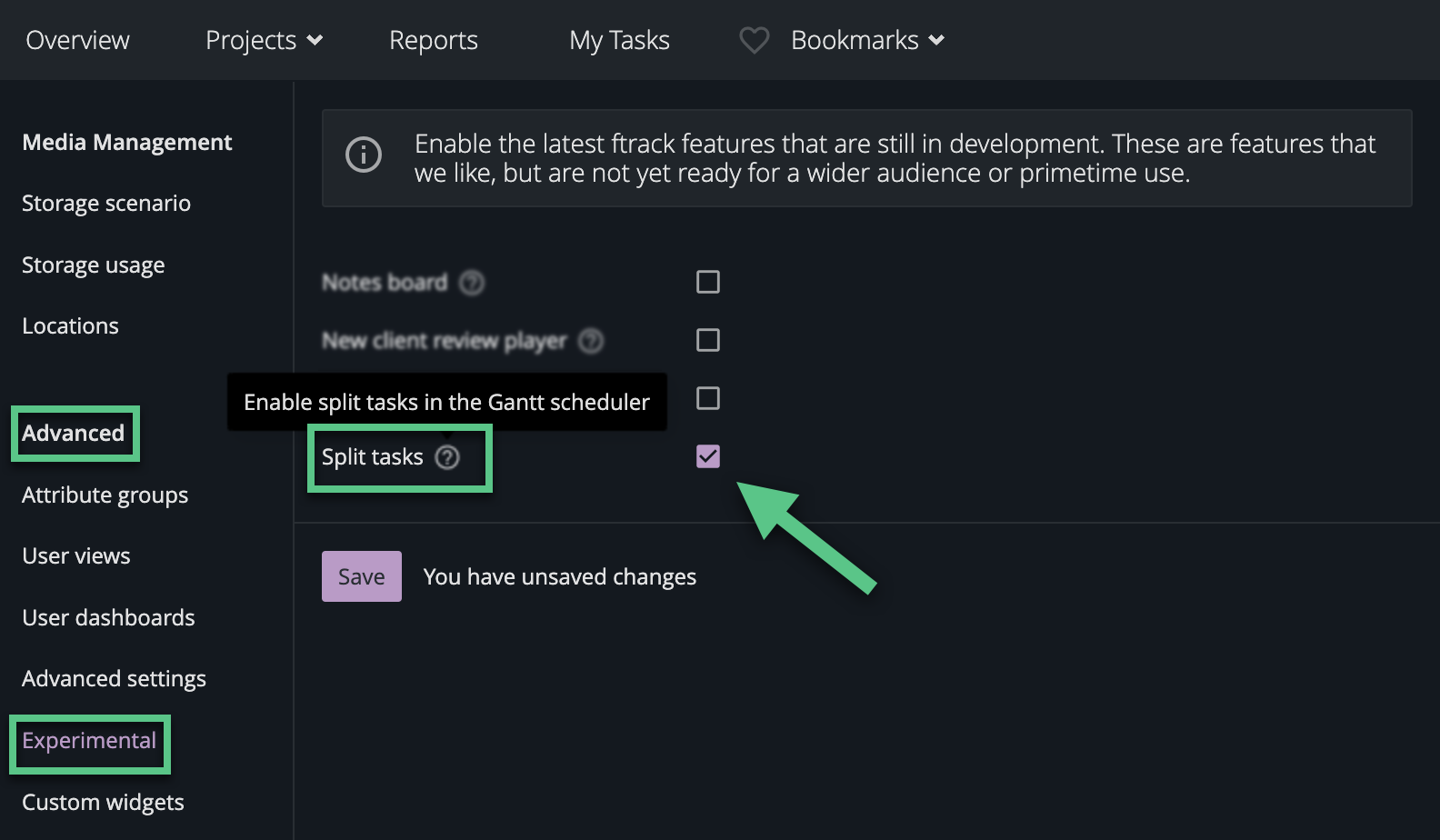 1. To split a task into parts, navigate to the Gantt scheduler of your project.

2. Right-click on the Task duration bar where you wish to split it.

3. Select Split task to see a break form in the duration bar.

4. Drag the “active working” portions of the duration bar to update the start and due dates of each portion as you would with any regular task. 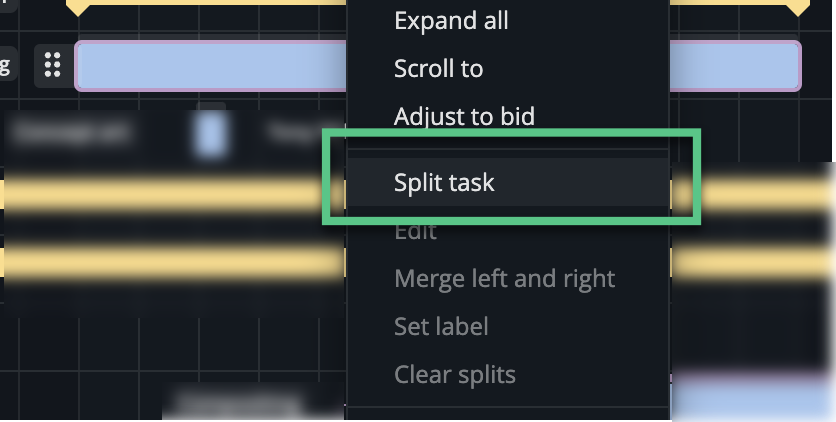 Menu options in the Gantt view available to update a split task are to split the task further (using the Split task command as explained above), edit, set a label for a split, or clear all splits of that task. 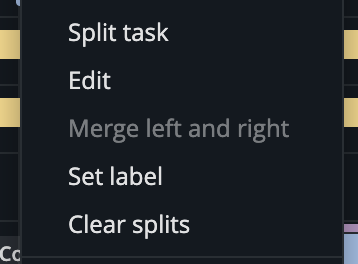 The Edit dialog enables to split a task into split task parts to be able to schedule it with multiple start and end dates, representing any interruptions in the scheduling. 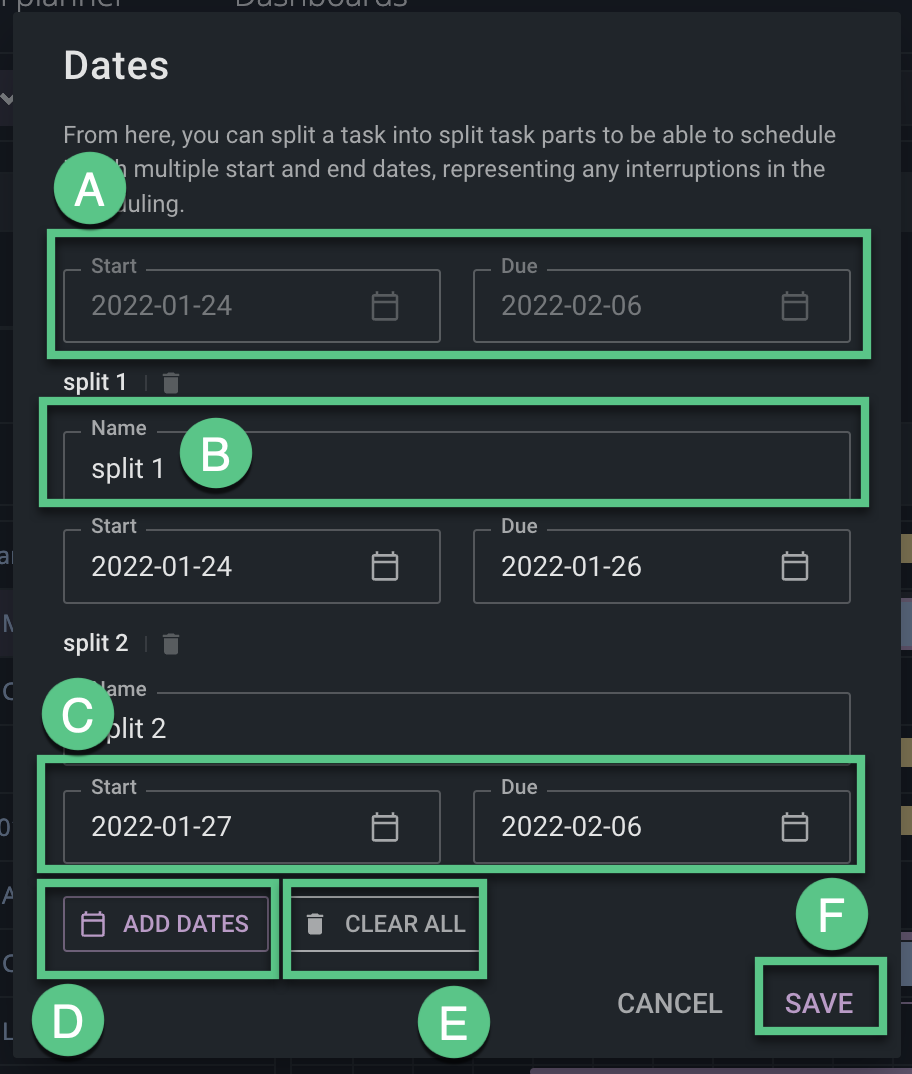 The Set label is used to name individual splits of a task, as represented by the blue portions of the task duration bar. There are two ways to accomplish this:

2. Using the shortcut to the label window 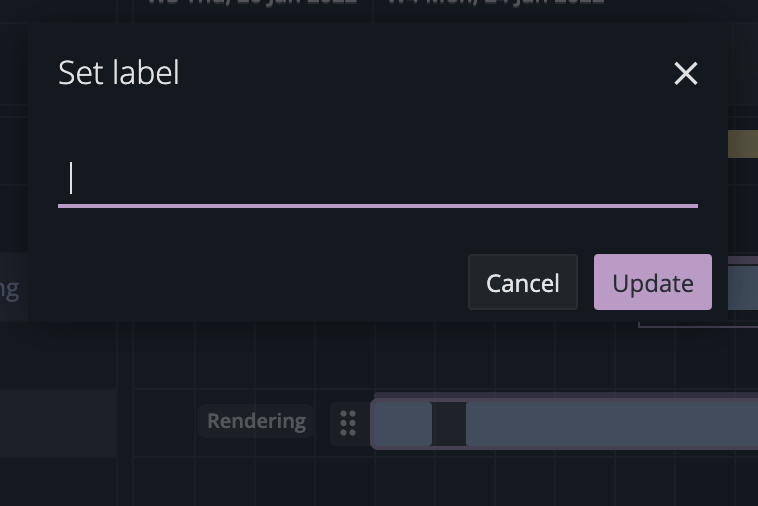 The Clear splits is used to remove all the splits from a Task.

Merge split is used to remove individual splits (non-scheduled timeslots) of a task, as represented by the grey portions of the task duration bar. There are two ways to accomplish this:

1. Drag and drop the split on top of another, healing that part of the Task. 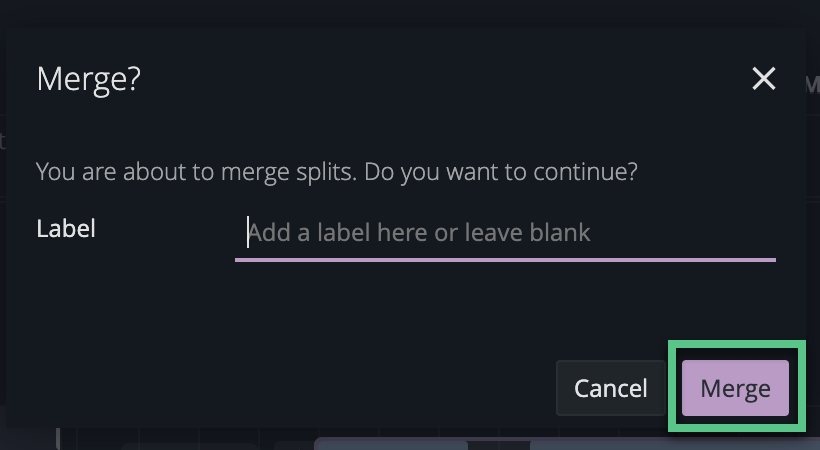