Task boards can be customized to better suit your workflow. It is possible to change the number of columns, their names and what task statuses a column represent. 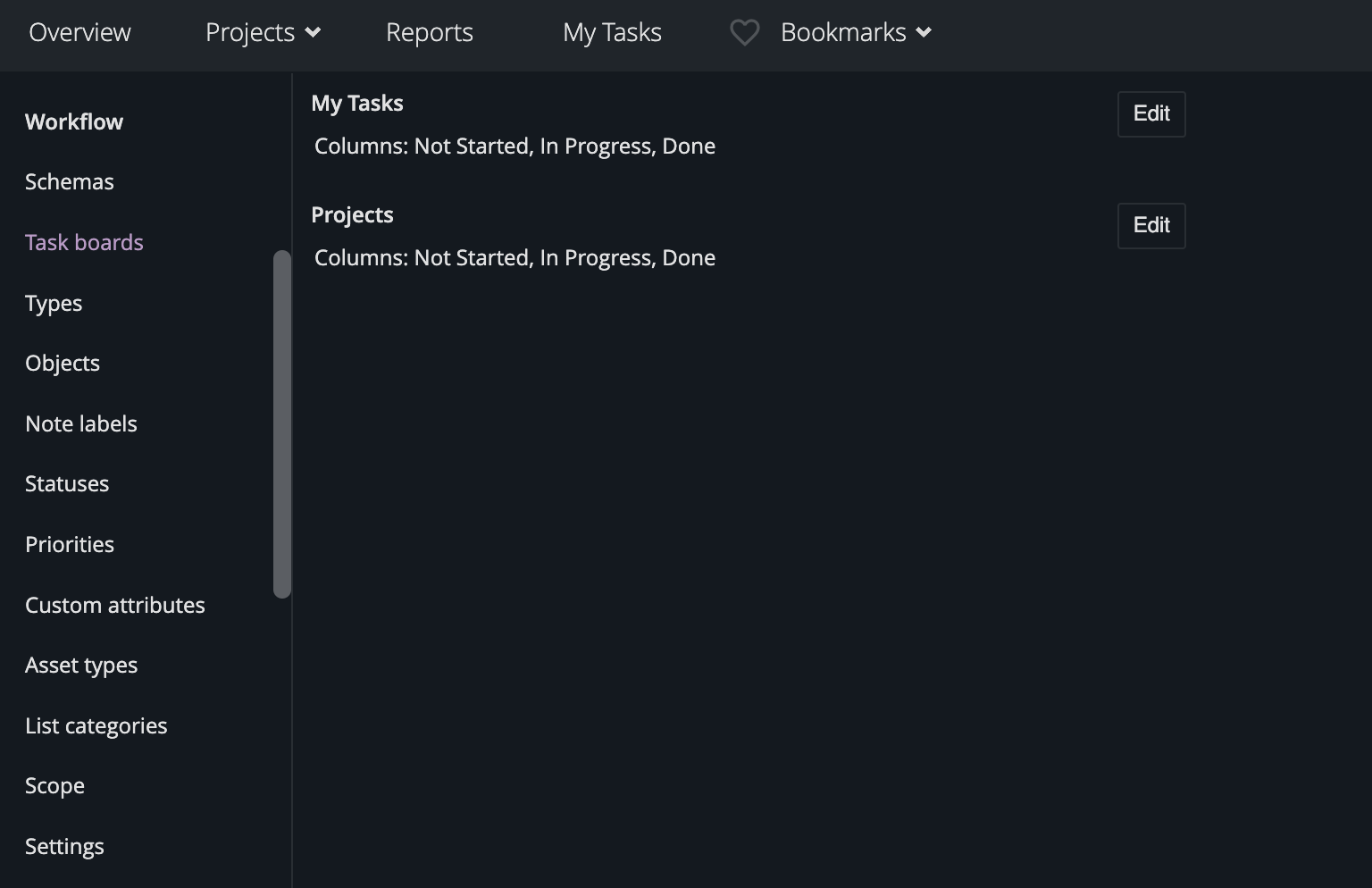 Each task board can be changed individually but changes will apply for all users on all projects.

The task board editor visualises what the board will look like and you can drag & drop to reorder columns and move statuses between columns.

By default, task board columns will be based on the states “Not started”, “In progress” and “Done” which are set per task status. When a task board is customized, new task statuses will not be included in the columns automatically. Instead they will appear in the “unmapped statuses” column and need to be mapped manually.