Upload files from the web interface

How to upload files in the web interface to create versions quickly.

You can upload files using the web interface to create new versions quickly. Uploaded files will then be available for other people to view, download or import as assets in integrations.

To create a new version, simply open the sidebar for the object you wish to attach the version to. Open the Versions tab and then either drag and drop the file you wish to upload, or press Browse to browse for the file. 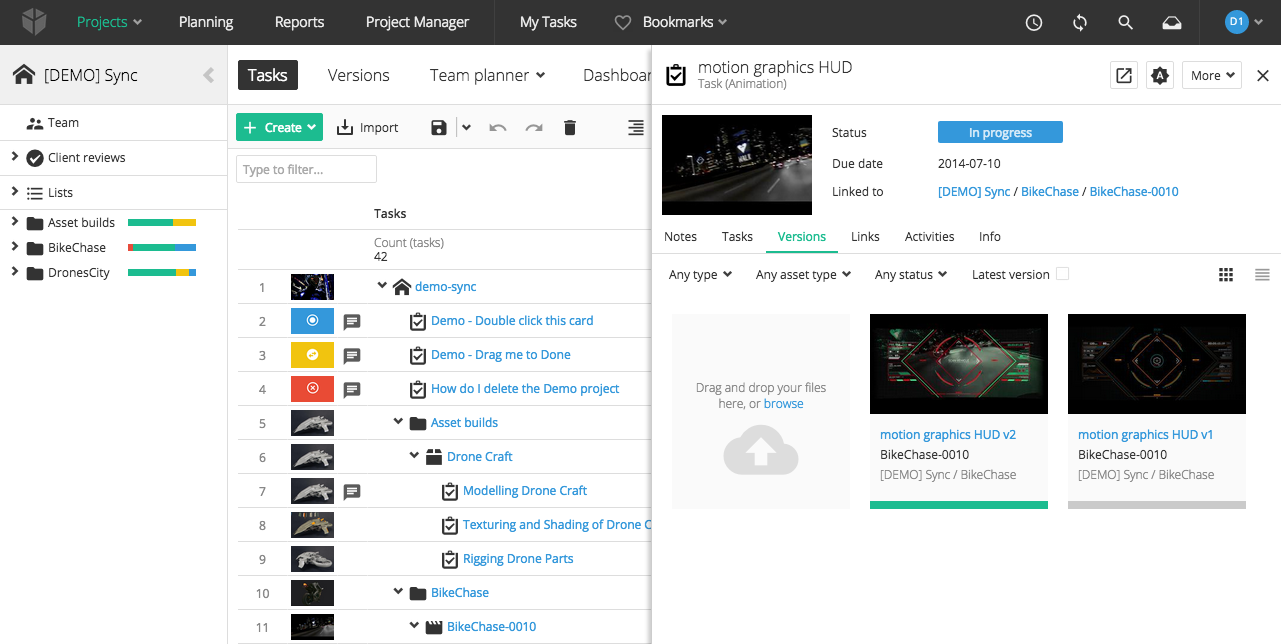 When creating versions by uploading them in the web interface, an asset of the type Upload will be created. If a file with the same filename had been previously been uploaded, the version number of the existing asset will be incremented instead. This way, each time you upload the same file a new version will be created.

When looking for versions in filenames, we look for a separator (space, dot, underscore or hyphen) followed by the character v and a number. See the table below for a few examples:

The component created to represent the file will be added to the ftrack.server location. If the uploaded file type is of one the supported file types, an encoding job will be started and once finished the version can be reviewed from the web interface.

Creating versions by uploading files using the web UI is currently only available in the sidebar, and not on the versions page.

It is currently not possible to change the asset type, description or version number of the created version.